Problem: Many Army vehicles are currently unprepared to withstand the environments in Iraq and Afghanistan.  For instance, as of January 2007, more than 530 M1 tanks, 220 M88 wreckers, 160 M113 armored personnel carriers, 700 Bradley Fighting Vehicles, 450 heavy- and medium-weight trucks, and 1,000 HMMWVs were awaiting repair at the Army’s depots following service in Iraq.  Post-breakdown structural analysis has conclusively shown that extreme temperatures in current combat environments have led to a significant number of these failures.

No other facility – within either the automotive community or even the broader physical simulation community – can match the Army Physical Simulation Laboratory’s (PSL) unique ability to validate the durability and reliability of military-grade ground vehicles.  However, one testing capability necessary for today’s deployed weapon systems does not exist – the capability to simulate test vehicles in non-ambient conditions.

The Physical Simulation team currently simulates its vehicles in ambient temperatures.  Therefore, depending on the season, the Laboratory’s temperature ranges from anywhere between 60 to 75°F.  In comparison, temperatures in Iraq range between 32 to 125°F, whereas temperatures in Afghanistan range between -35 to 120°F.  Therefore, the PSL cannot be used to validate the operation and durability of Army vehicles and subsystems within current battlefield environments, and is unable to anticipate their operation in future combat environments.

Benefit: The Army will benefit for the first time from this project by having facilities to validate subsystem designs by testing them under realistic operating conditions.

To achieve this objective, the overall project will be conducted in two parallel phases:

Impact on Warfighter: Testing in realistic environments and correcting any design flaws discovered will result in improved reliability for weapons systems. 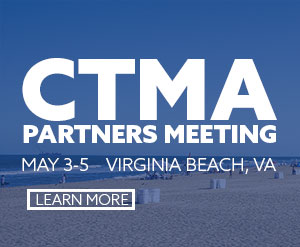